Farewell Party for the Consul General in Sapporo

On December 17th 2013, the Consulate-General of the People’s Republic of China in Sapporo hosted a farewell party for Xu Jinping, the Consul General in Sapporo, since he was leaving his post. Three members of JICE including Ms. Sachiko Yamano, President, have attended the party.
Ever since Mr. Xu took up his post as a Consul General in Sapporo in the autumn of 2011, he has visited many places, not only inside Hokkaido Prefecture but also Aomori and Akita Prefectures which falls under the jurisdiction of Consulate-General ofSapporo. He has dedicated himself fully to promoting the cultural exchanges and friendship between Japan and China. Many people including the representatives of major organizations and enterprises based in Hokkaido, and parties concerned have attended the party to say farewell to Mr. Xu. It seemed that Mr. Xu was such a reliable figure, and that he was loved by so many people. So even after he returns to Beijing, China to serve for the China-Japan Friendship Association, he is expected to play a significant role as a bridge which connects two nations.
On December 18th 2013, JICE hosted a luncheon party for Mr. Xu and his wife, Ms. Sui Ping, Consul in Sapporo. Mr. Xu has a wide range of personal interest and knowledge that he talked about various subjects such as the advanced medical technology of Japan, and the film set in Yubari City of Hokkaido, which was made by a joint production of Japan and China.
We JICE will continuously collaborate with China-Japan Friendship Association to develop more and more projects in the future. 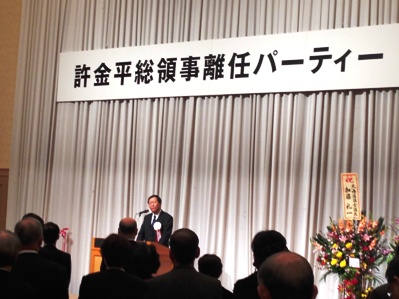 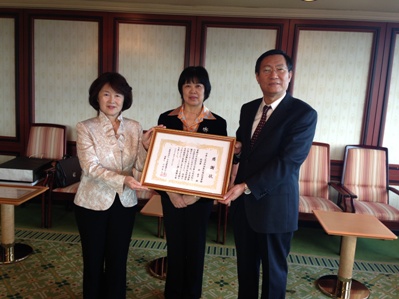 【Mr. Xu, Consul General in Sapporo, was given an appreciation letter at the luncheon party hosted by JICE】 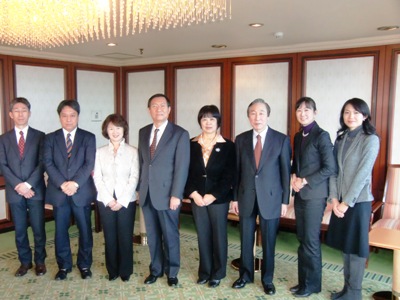