His Excellency Mr. Al-Hashimy visited Japan International Cooperation Center(JICE) on March 14th, 2014. Objective of the visit was to exchange views for promoting Iraqi students to study in Japan.

Ms. Sachiko Yamano, President of JICE, extended the gratitude for the visit and the wish to deepen the relationship between Iraq and Japan. Mr. Al-Hashimy confirmed the possibility of cooperation with JICE to foster Iraqi students to study in Japan.

JICE has been in negotiation with the Higher Commission for Education Development in Iraqi to conclude MOU, and is going to support the Iraqi students according to the MOU.

Taking this opportunity, JICE will pursue the development of mutual relationship between Iraq and Japan. 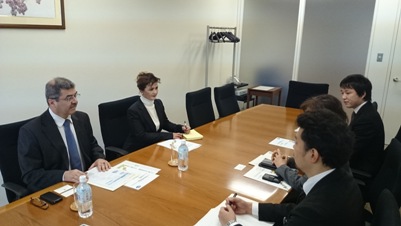 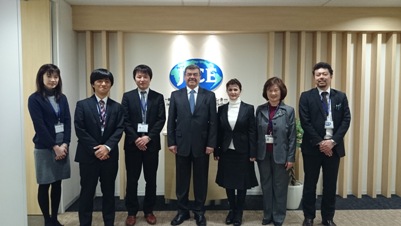