JICE invited Mr. Glen S. Fukushima to present a special lecture on “Human Resources Needed by Organizations and Companies in Europe and the United States” on Wednesday, August 20, 2014.
The audience comprised special registered members of JICE and staff members of JICE.
Mr. Fukushima is currently a Senior Fellow at the Center for American Progress, after having served in such major posts as Deputy Assistant U.S. Trade Representative for Japan and China, President & CEO of Airbus Japan and President of the American Chamber of Commerce in Japan.
Mr. Fukushima highlighted the qualities, abilities and experiences required to be a leader in Europe and the United States, and ideas to help Japan deal more effectively with globalization.
Mr. Fukushima concluded with a lively question and answer session. 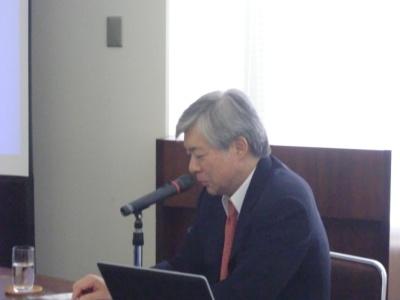