On October 14, 2015, JICE hosted a farewell table tennis match in honor of Mr. and Mrs. Xu Jinping, Vice President of the China- Japan Friendship Association who were returning to China. Mr. Xu has served tirelessly for many years for the consolidation and promotion of friendly relationship between Japan and China and always been a good adviser to JICE in implementing its programs relating to China. He has assumed a series of important posts in the Embassy and the Consulate-General of People’s Republic of China in Japan. More recently he has been posted to Secretary-General and Vice Chairman of the Association in Beijing. Also he is one of the first six member cohort of the government-financed students sent to Japan after the founding of People’s Republic of China. 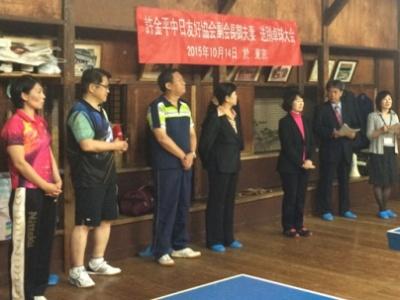 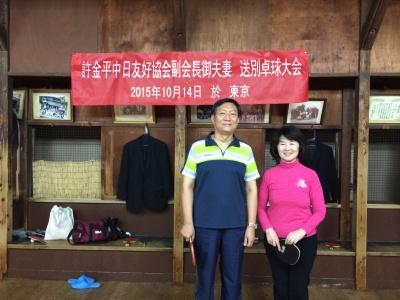 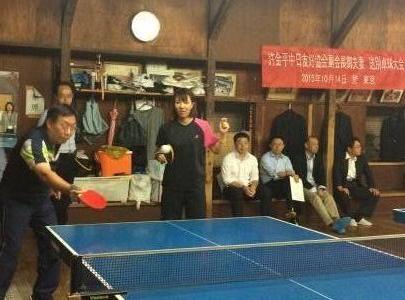 After the ceremonial opening stroke between Mr. Xu and Mrs. Sachiko Yamano, President of JICE, more than fifty players joined the tournament in doubles. Those were Mr. Tadashi Hayakawa, CEO of Sports Hochi, Mr. Kazufumi Nomura, Full-time Auditor of Pasona Inc. and their friends, students and trainees from China and the staff of JICE. After ninety minutes of heated matches, the tournament ended with the first winning pair of Mr. Xu and Ms. Maehara. 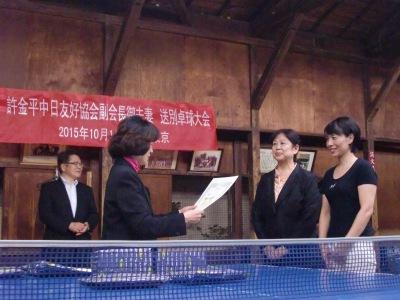 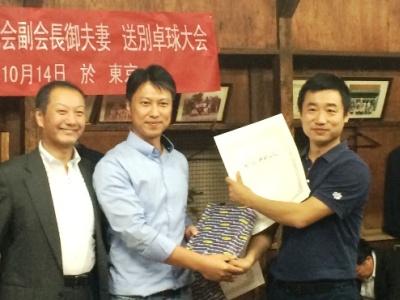 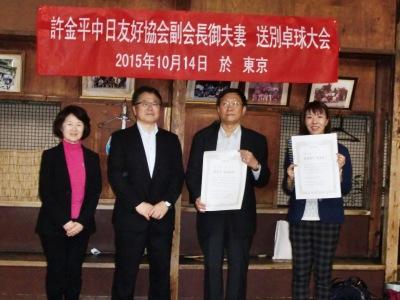 JICE expresses its special gratitude to Mr. and Ms. Xu who are returning to China on October 20 for their dedicated service and is further determined to promote friendly relationship between Japan and China through mutual exchange and cooperation in human resources development in close cooperation with the China-Japan Friendship Association.