JICE, which has a long shining experience of teaching Japanese for improving job readiness to the long-term foreign residents in Japan, launched two intensive Japanese language courses at Jomo Kenyatta University of Agriculture and Technology (JKUAT) in Nairobi, Kenya which was founded under the Official Development Assistance from Japan in 1981. The two courses, namely, “Basic Japanese for Daily and Campus Life” and “Basic Japanese at Workplace” conducted for two weeks from 4th to 15th July, 2016 targeted the JKUAT students and staff who were planning or intending to study in Japan or engage in business with Japan.

During the weekend in the middle of the courses, we invited the participants and Japanese residents in Nairobi to a party to provide an opportunity to speak to native Japanese and to understand Japan through quiz. 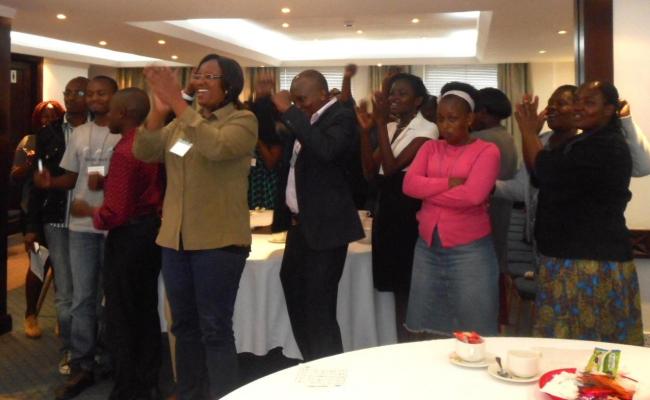 Many students showed interest in learning Japanese and the total number of 44 participants successfully completed the courses. At the closing ceremony, each participant had a short speech in Japanese about their hometown and local specialty. One of the attending guests, Deputy Vice Chancellor (Academic Affairs) Prof. Odhiambo, were so impressed with their speeches that he himself jumped in to give his ad hoc speech in Japanese which he learned from them instantly. Everybody cheered the Deputy Vice Chancellor’s attempt. 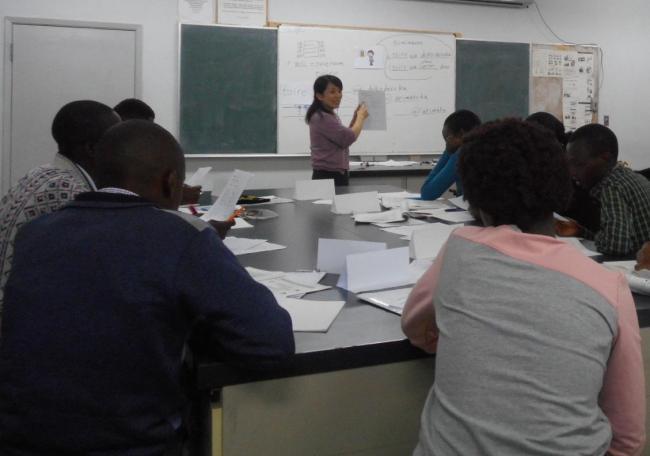 A scene form the class 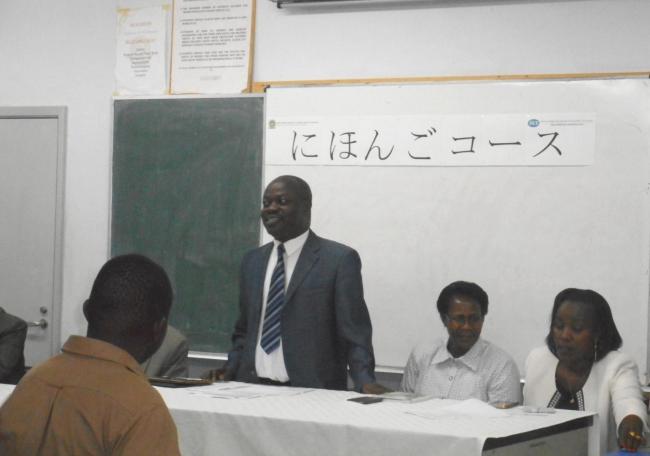 These courses also provided the participants from different departments of the university and, more notably, from different ethnic background with the opportunity to mix together through learning Japanese.

Looking forward, JICE will be committed to explore further opportunities for bringing Japan and Africa closer together through education and training.

These days, the whole world business leaders are upbeat on Africa. Amid economic slump in the rich world, Africa’ recent economic growth is spectacular. According to the “2015 IMF-World Bank Economic Outlook”, 14 countries of the continent such as Ethiopia and Kenya scored an annual growth rate of more than 5%. Population increase rate is also remarkable there. The current population of 11 billion is estimated to double by 2050 and the population is as young as 21 years old on average. Thus the world business companies including those from Japan are keen on Africa as a source of young workforce as well as prospective markets.

Africa is not without problems. The population dividend cannot be realized unless young people acquire competitive skills and knowledge of business. Basic knowledge of Japanese will also sharpen their edge when they are engaged with Japanese business firms. Promoting African industrial development and nurturing future business leaders will be one of the key agenda of the Sixth Edition of the Tokyo International Conference on Africa to be held in Nairobi in August 2016. Against this background, JICE will keep supporting Africa.