On the first leg of the Beijing tour, they had a meeting with the authorities concerned of China-Japan Friendship Association on February 20. They agreed to continue various training and exchange programs in the field of medical or volunteer activities and to implement of the commemoration event of the 45th anniversary of the normalization of Japan-China diplomatic relations in 2017.

On February 21, the delegation made a visit State Administration of Foreign Experts Affairs (SAFEA). Since 2011, JICE has been accredited by SAFEA as Qualified Overseas Training Cooperative Organizations and has conducted several training course annually. They agreed to continue various training in Japan, meeting the needs of Chinese side.
On the same day, the delegation paid a courtesy call on Mr. Yutaka Yokoi, Ambassador of Japan to China to seek advice on JICE’s cooperation programs such as one with China-Japan Friendship Association, one with Jiangsu Provincial People’s Association for Friendship with Foreign Countries, and other scholarship and youth exchange programs.

On February 22, the delegation paid a visit to All-China Youth Federation to exchange views on JICE’s HRD programs for China. JICE agreed to cooperate with the Association on a number of youth exchange programs under planning in commemoration of the 45th anniversary of the normalization of Japan-China diplomatic relations. 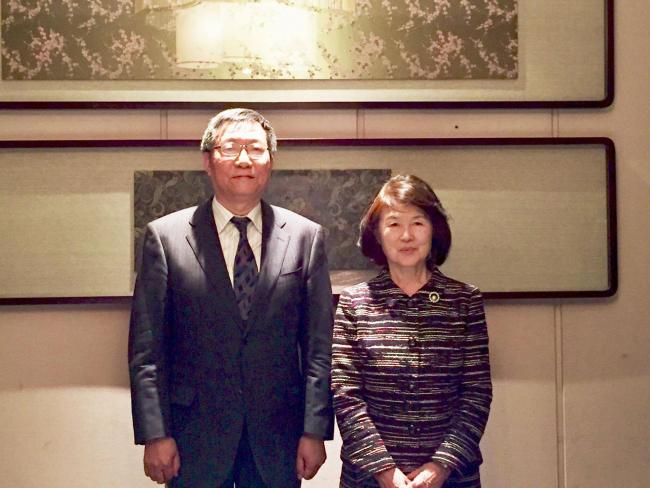