This year’s party found a variety of international dishes from the Philippines, Senegal, Afghanistan and elsewhere, some home cooked by students themselves. Students wearing their traditional costumes enjoyed the food and conversations with other party participants as they barely had an opportunity to mingle themselves with those from other countries and universities.

In the middle of the party, students from Cambodia and Mongolia performed their traditional song and dance. All the participants seemed enjoying the party beyond nationality, language and culture.

Looking forward, JICE will not only endeavor to support international students in their academic work but to enrich their life in Japan through organizing such events like this. 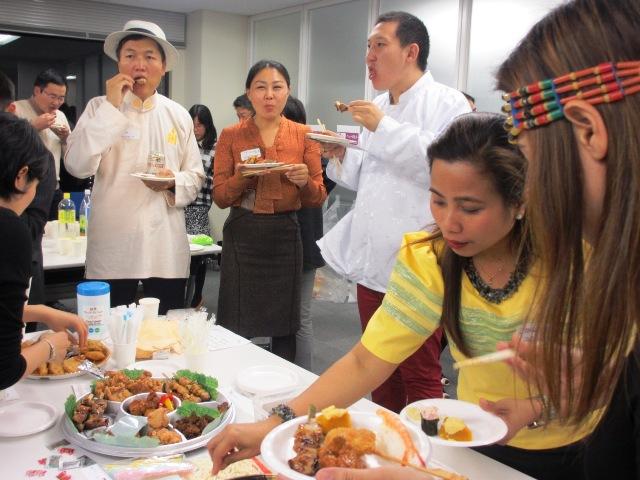 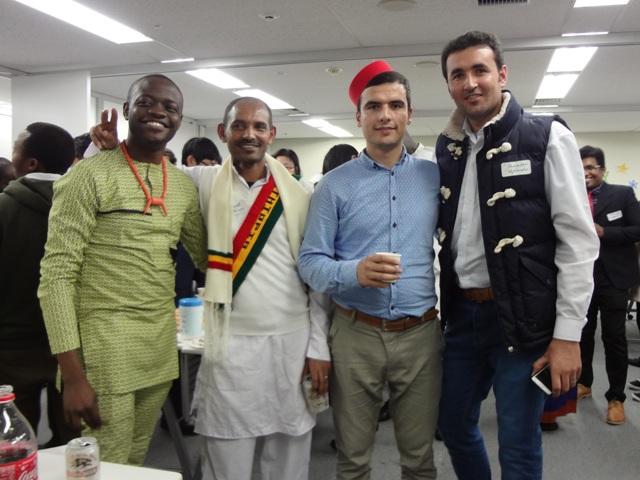 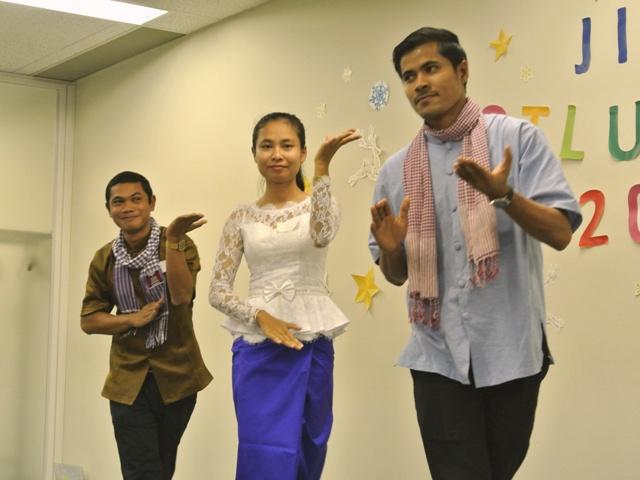 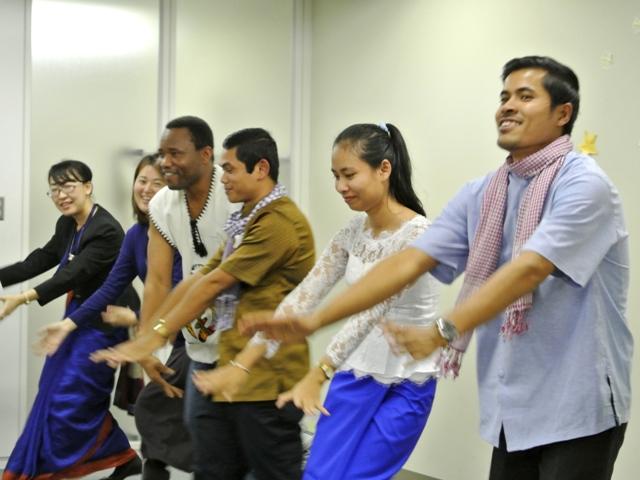 Participants of ABE initiative and JICE staff joined the dance together 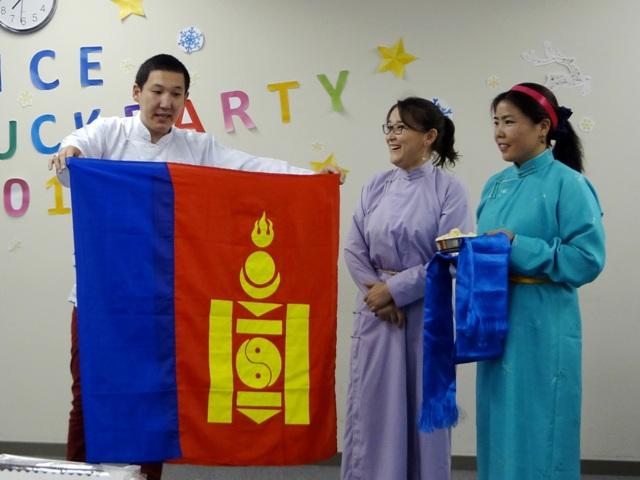 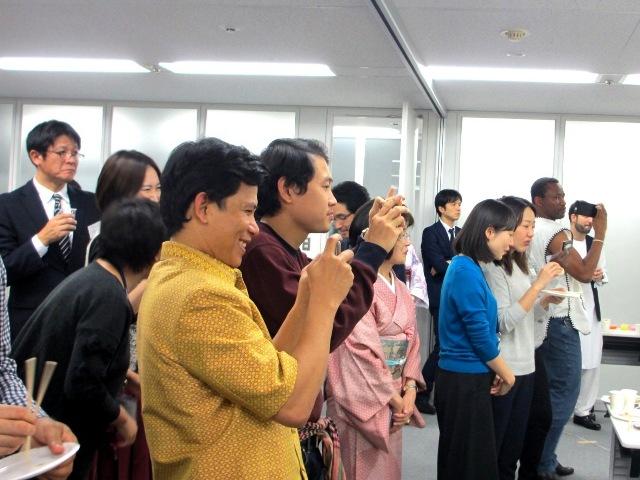 Audience took a lot of pictures during the performance 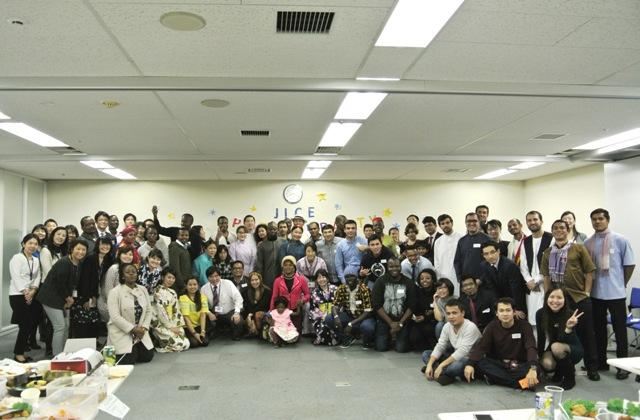