JICE partnered with FLACSO on two occasions in 2016 and 2017 in implementing “Juntos!! Japan Latin America and the Caribbean Exchange Program” sponsored by Ministry of Foreign Affairs of Japan.

Dr. Borbón, also known as the former First Lady of Costa Rica from 1994 to 1998, appreciated JICE’s dedicated efforts and cooperation during the programs and expressed her wish to further expand the cooperative relationship between the two institutions. At the meeting both sides explained the detailed profile of each other’s organizations and discussed further possibility of collaboration.

FLACSO, with the membership of 18 Latin America and the Caribbean nations, promotes activities under the three pillars: research and study; post-graduate academic training; and serving as a bridge between academic knowledge and policy making, whereas JICE promotes human resources development through managing international scholarships, participant training and youth exchange. Having a lot in common, both institutions could work together more to bring Japan and Latin America and the Caribbean countries closer together. 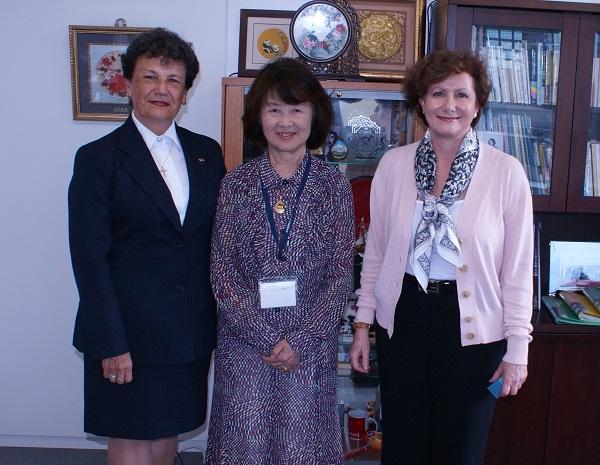 From left to right, Ms. Santiesteban, Ms. Yamano, Dr. Borbón
Back to List
Back to Top