The Japan International Cooperation Center (JICE) delegation made up of Mr. Nobuaki Hirakawa, Secretary General, as the head of the mission, Ms. Kazuko Yoshine, Ms. Yuki Obayashi and Mr. Kenichi Yamana visited Canada and the United States to meet key officials of the KAKEHASHI Project and review its outcome from August 8th to August 16th 2018. KAKEHASHI Project is under Japan’s Friendship Ties Programs launched by Japan’s Ministry of Foreign Affairs (MoFA). JICE has been commissioned by the MoFA to implement the KAKEHASHI Project since 2015.

The JICE delegation visited the Japanese Embassy in Canada and in the United States, and the Consulate General of Japan in Toronto to confirm the expectation for the KAKEHASHI Project in order to implement the Project successfully, and to seek precious advices for effective follow-up activities.

1) Centre for the Study of Global Japan, Munk School of Global Affairs, University of Toronto

The Centre for the Study of Global Japan was established in 2017 with an endowment from the Government of Japan in order to promote deeper understanding of Japan in its region and in global perspective. Professor Louis W. Pauly, Interim Director at the Centre for the Study of Global Japan at the Munk School of Global Affairs, briefed the delegation about the outline of the Centre. In return, Mr. Hirakawa explained about the JICE’s mission statement of creating a peaceful and prosperous world through people-to-people and exchange. Professor Pauly expressed effort to conduct careful selection of competitive KAKEHASHI Project candidates within the Munk School and to strengthen relations between Japan and Canada. 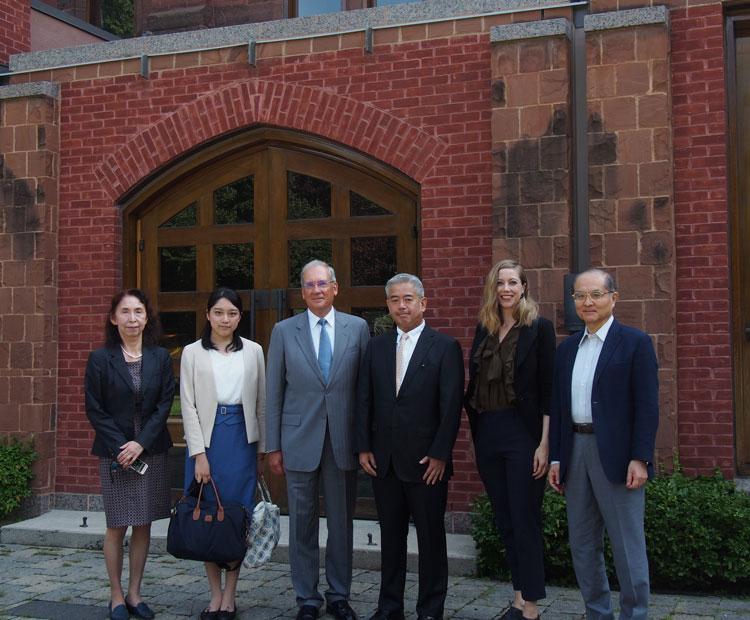 Assistant Professor Meggan Madden specialized in international education and higher education administration talked about post-program participation activities of the students, application condition and feedback to further improve the program. Dr. Madden had accompanied the students twice since FY 2016, while hosting a visit of the Japanese students.
We obtained an article by one of her KAKEHASHI Project students published on the website titled “The Global Impact Exchange”. 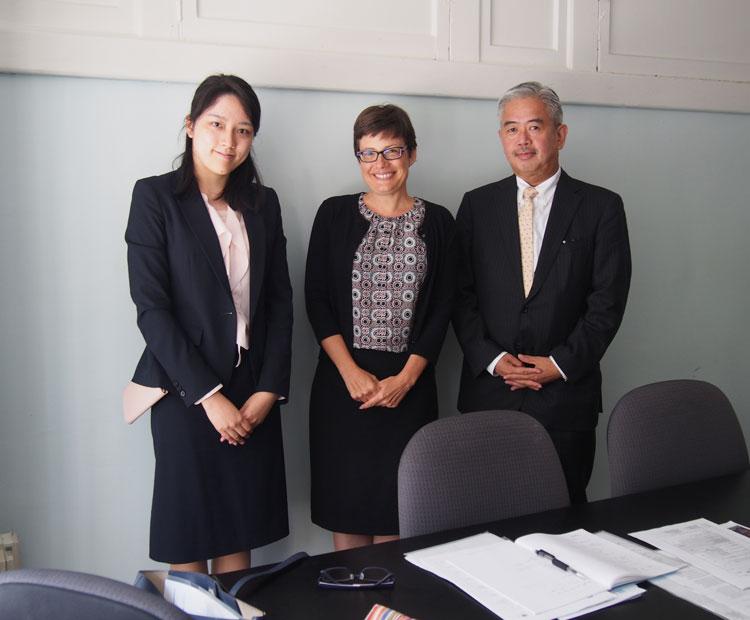 Assistant Professor Madden in the center

Dr. William L. Brooks who has been teaching Japan Studies since 2009, after retiring from the U.S. Department of State, shared his precious perspectives that the KAKEHASHI Project feature the strength of soft power in international relations.
Dr. Brooks has served as the head of the U.S. Embassy in Tokyo for 15 years.
9 students from SAIS participating in the KAKEHASHI Project in January 2018 wrote KAKEHASHI monograph titled “Report from the KAKEHASHI Project 2017- Building Bridges for Future Cooperation: Reflections on Japan’s Energy Policy and Security”, which has been printed and will be put on display on the SAIS website. This is an incredible outcome of post-participation activities. 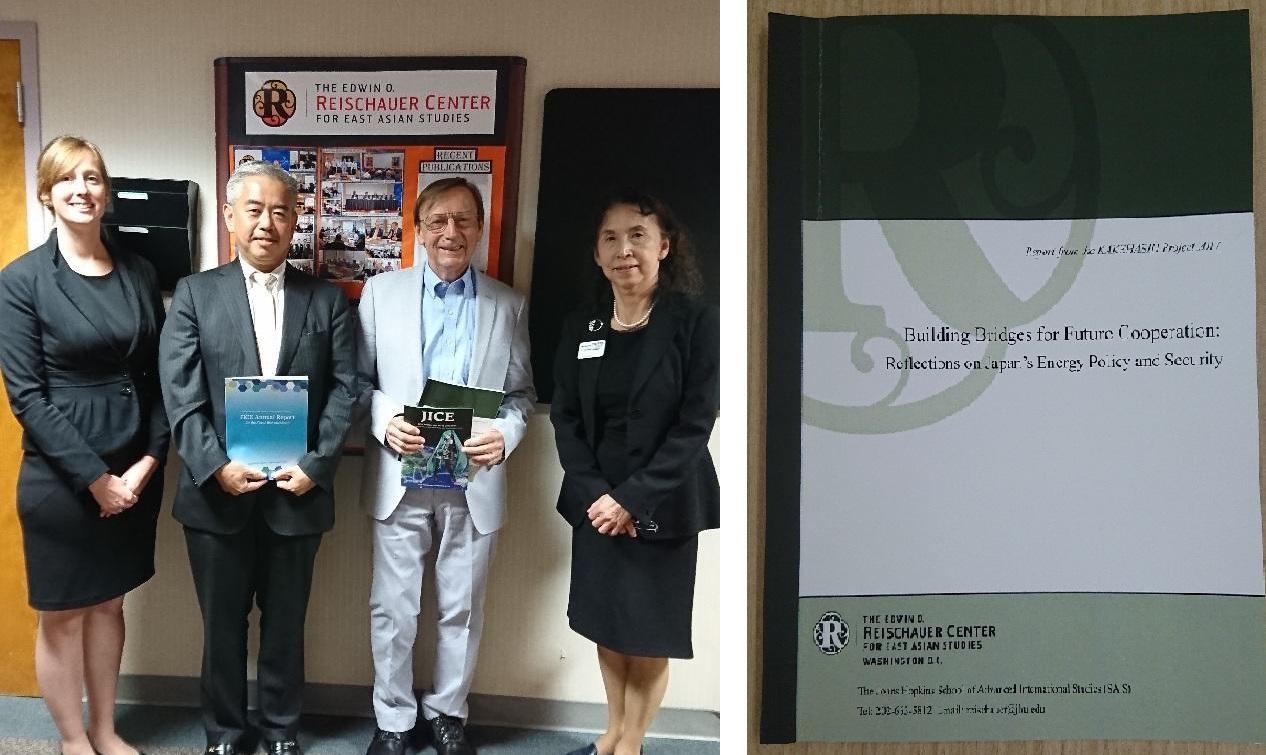 APFC, a non-profit organization established by the Government of Canada, is a think tank of foreign policies and other fields between Canada and Asian countries. According to the explanation given by Ms. Christine Nakamura, Vice President, Toronto Office of APFC, APFC advocates “Understanding Asia Now” as one of the important themes, incorporating into the KAKEHASHI Project. 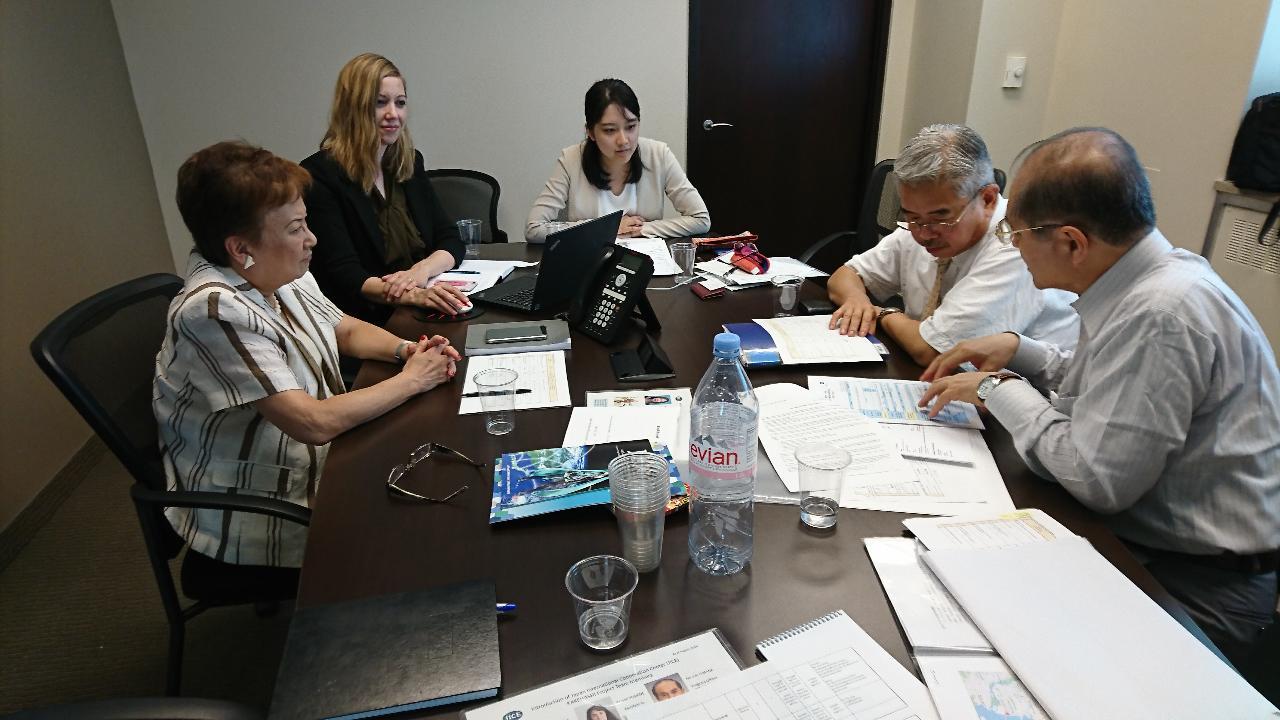 Exchanging views at APFC From left to right, Ms.Nakamura and Ms. Scullin

YFU, a non-profit international educational organization with partners across the globe, is JICE’s partner organization in the United States to implement the outbound program of the KAKEHASHI Project. We exchanged views on challenges to move
forward to implement this year’s Project in addition to follow-up activities. 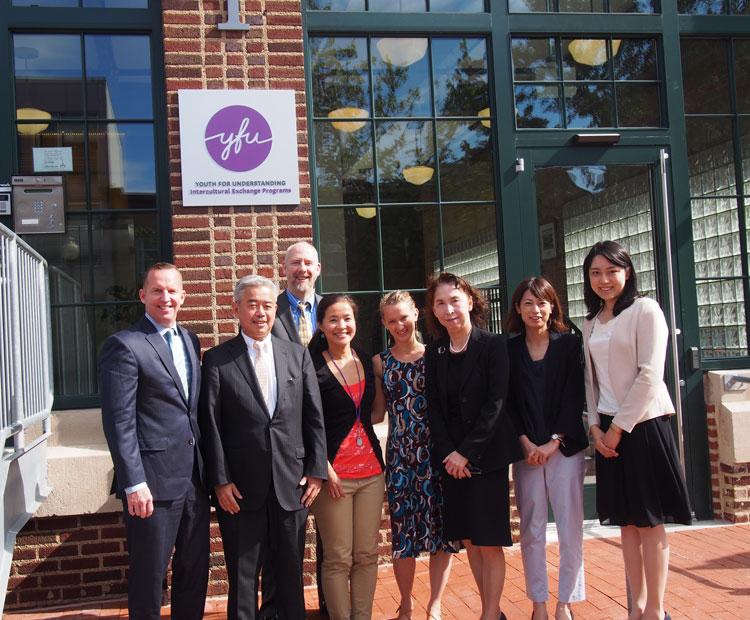 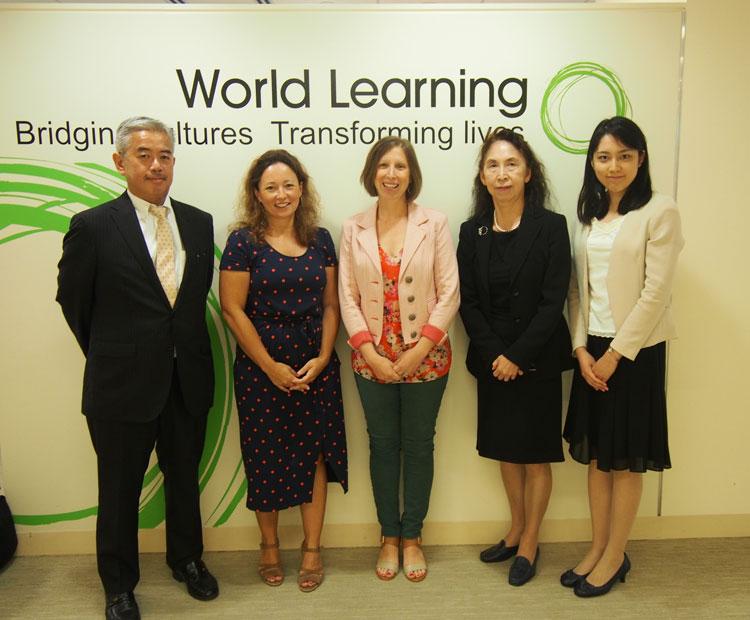 Through the visits to the above-mentioned institutions, the delegation accomplished the following mission.

- To confirm the impact of the KAKEHASHI Project that has been implemented for North America.

- To construct firm networks for the follow-up.

- To explore a possibility of creating a new program with The Edwin O. Reischauer Center for East Asian Studies in this year’s KAKEHASHI Project.

JICE is strongly committed to achieve the goals and the objectives of the KAKEHASHI Project with a focus on follow-up.
Through such efforts we believe that KAKEHASHI Project will become a bridge between Japan and North America, as its Project’s name symbolizes.