Japan Bowl Competitors from the U.S.A. and Canada visit Japan

07.30.2019
North America International Youth Exchange
51 winners and high-achieving students from Japan Bowl competitions held in the U.S.A. and Canada were invited to Japan from July 16th to July 24th, 2019. This program is under the “KAKEHASHI Project” as part of the “Japan’s Friendship Ties Programs” launched by the Ministry of Foreign Affairs of Japan. The delegates are 43 high school students from the U. S. A. and 8 high school students from Canada, and their chaperones.
They attended the programs in Tokyo together and visited local areas of Hokkaido and Iwate Prefecture in two groups.
The students participated in school exchange with Japanese students and homestay, experienced Japanese culture such as Zen meditation, had the great honor of an audience with HIH Princess Takamado, paid a courtesy call on Japan’s first lady Abe Akie and attended the related social events to deepen their understanding of Japanese language and Japanese culture.
Japan International Cooperation Center (JICE), an implementing agency of the KAKEHASHI Project, organized and implemented this invitation trip to Japan under the supervision of First North America Division of the Ministry of Foreign Affairs of Japan while collaborating closely with the Japan-America Society of Washington D.C. (JASWDC) and other related support groups such as Japan Global Education (JGE) and Japan Bowl Supporters’ Group (JBSG).
On July 23, JICE President Yamano Sachiko met with Mr. Ryan Shaffer, President of the JASWDC to talk about the various potential collaboration including the effective program management and creating new programs.
The meeting was joined by Mr. Hirakawa Nobuaki, JICE Vice President, Ms. Omae Keiko, Managing Director, International Exchange Department, and Ms. Yoshine Kazuko, Assistant to Managing Director, International Exchange Department. 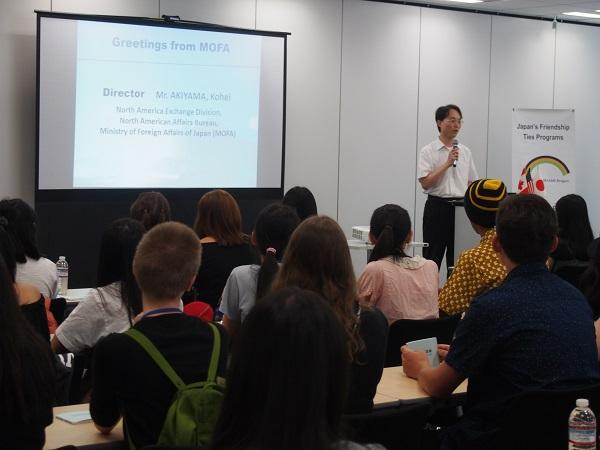 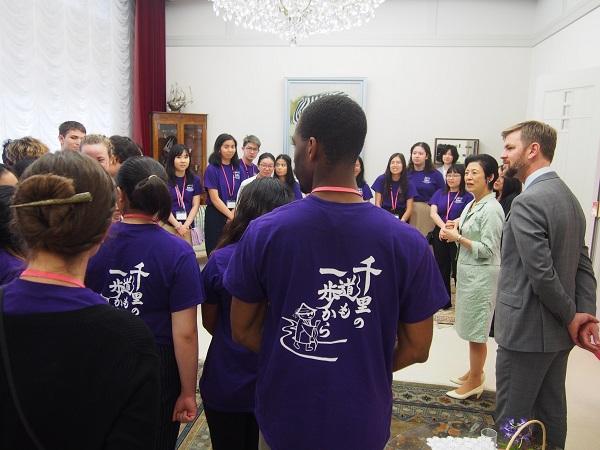 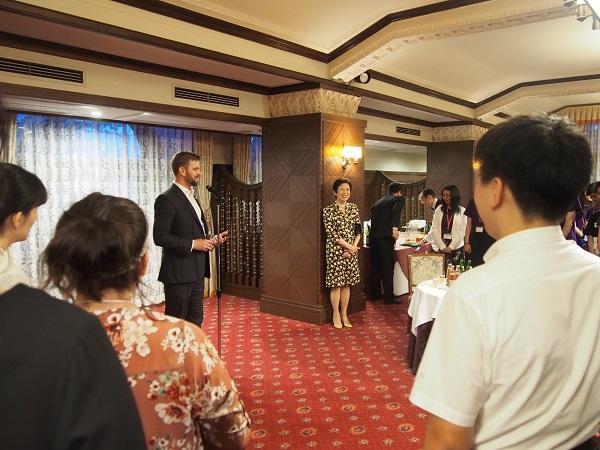 JASWDC President R. Shaffer gave a speech in the presence of HIH Princess Takamado at the reception 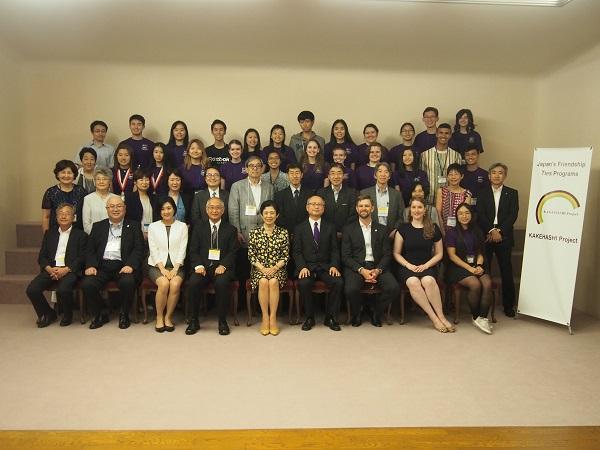 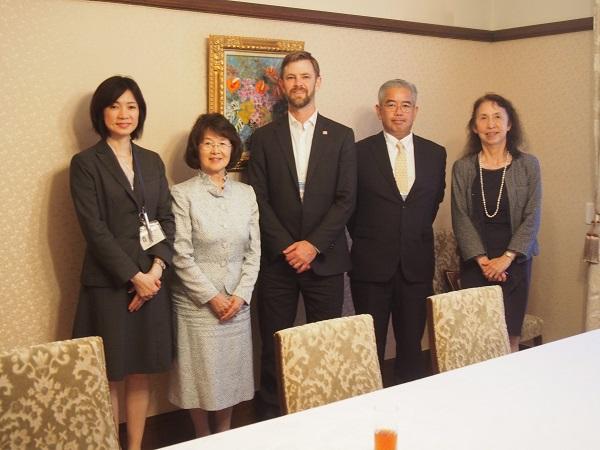 Meeting with JASWDC President R.Shaffer (center), JICE President S.Yamano, to his left, JICE Vice President N.Hirakawa, to his right, K.Omae, Managing Director (far left), K.Yoshine, Assistant to the Managing Director (far right)
※KAKEHASHI Project is a people to people exchange program between Japan and North America under the scheme of Japan's Friendship Ties Programs promoted by the Foreign Ministry of Japan. JICE is responsible for all stages ranging from planning, management and implementation, and follow-up as an implementing agency of the KAKEHASHI Project.
For details, please see “International Youth Exchange” at JICE.
※Japan Bowl
The Japan Bowl is a national Japanese language competition created by the JASWC in 1992, and has been continuously organized and developed into the National Japan Bowl in the U.S. A. The first ever Japan Bowl in Canada was held in 2018.
In the Japan Bowl, teams of 2 or 3 high school students are challenged by questions on a variety of topics of Japanese language, Japanese history, culture, society, daily life, geography, and current events.
For details, please see “The Japan Bowl - Its Beginning and Its Growth-“ at JICE website, written by Ambassador John R. Malott, former President of JASWDC.
Ms. Omae Keiko
International Exchange Department
Back to List
Back to Top