Courtesy Call on Ambassador of People's Republic of Bangladesh to Japan

JICE has been collaborating with Embassy of Bangladesh in Tokyo for a long time through various human resource development projects including JDS Project. Since Her Excellency Ms. Rabab Fatima, Ambassador of Bangladesh to Japan, is leaving her position this month, Sachiko Yamano, President of JICE, visited the Embassy on November 1st, 2019, and expressed her sincere gratitude for Ambassador Fatima’s continuous support on the JDS Project.

Ambassador Fatima and President Yamano had exchanged views on how to increase the number of female JDS fellows from Bangladesh in November, 2018.

Following the discussion, as a first attempt, JICE introduced a video message from Ambassador Fatima, in which she emphasized the advantages of studying in Japan and importance of women’s empowerment, at the promotion seminars. It encouraged female government officials to apply to JDS Project, resulting in increased number of female applicants for the academic year 2020-2021. Ambassador Fatima expressed her appreciation and expectation for further enhancement of female officials to be dispatched.

Ambassador Fatima will be appointed as Ambassador and Permanent Representative of Bangladesh to the United Nations, New York, USA. JICE sincerely wishes her continued success in her new position. 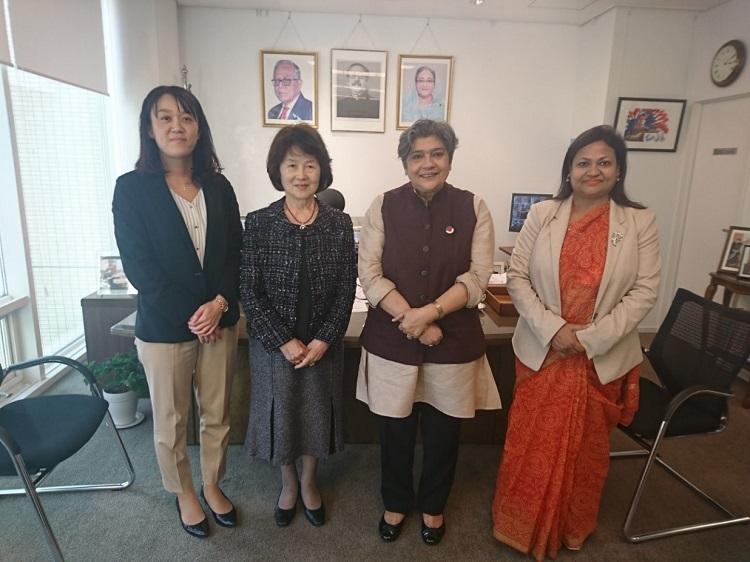