On June 4th 2021, JICE held a webinar titled ”Lessons from Japan: Shape your world, Share knowledge and Experience, for our world, for the future” to commemorate Ms. Shirin Amonzoda’s inauguration as Minister of Labor, Migration and Employment of Population of Tajikistan. Her inauguration as Minister is a remarkable achievement in the history of JDS Project as she is the first female minister not only among JDS Tajikistan alumni but also among the whole JDS alumni.

Minister Amonzoda obtained her Master’s degree at the Graduate School of Asia Pacific Studies of Ritsumeikan Asia Pacific University (APU) in 2016 under JDS with her thesis titled “Tourism Public Planning and Policy in Tajikistan and its Impact to the National Economy”. In her return to Tajikistan, she devoted herself to the development of Tajik tourism industry first as Vice Chairperson and then as Chairperson of Tourism Development Committee under the Government of the Republic of Tajikistan. In November 2020, she then was appointed as the minister.

The webinar attracted more than 120 participants including current and alumni JDS fellows, professors and students of APU and staff of JICE. Professor SATO Yoichiro, Dean of the Graduate School of Asia Pacific Studies of APU, opened the webinar with his congratulations to Minister Amonzoda. He also appreciated the impacts of JDS Project contributing to the quality education of APU by the JDS fellows who are actual practitioners of national policy in their countries.

In the keynote lecture, Minister Amonzoda explained the importance of a government’s strong initiative in tourism especially for those whose tourism industries are less active. According to her, making tourism friendly government policies will create new jobs, which can prevent from outflow of their labor force, and such policies can be a key driver for their economic development.

Minister Amonzoda also mentioned that what she learnt and experienced in Japan had deepened her insights and supported her to make public policies fit to the county’s needs. In her return to Tajikistan, Minister Amanzoda came to be in the position to make tourism policies. In the lecture she explained the background of the country’s strong initiative to promote the tourism industries such as the introduction of e-VISA system and the efforts to innovate local and mountain tourism. Those policies have assisted Tajikistan to increase the number of tourists.

In the following dialogue session with Emeritus Professor Dr. Malcolm COOPER explained the importance of the expansion of local tourism by creating an internal bubble of tourism. Joined by Professor TSUKADA Shunsho, Minister Amonzoda was given advice to show the people their future direction of their tourism and migration policies after the immense change of the world by COVID-19.

Since the start of JDS Project 22 years ago, numbers of its alumni have taken important posts in their government such as ministers, vice ministers, director generals, chiefs of bureaus etc. JICE will continue to provide JDS alumni with opportunities to share their knowledge and experiences as well as to assist future country leaders to build their capacity during their study in Japan. 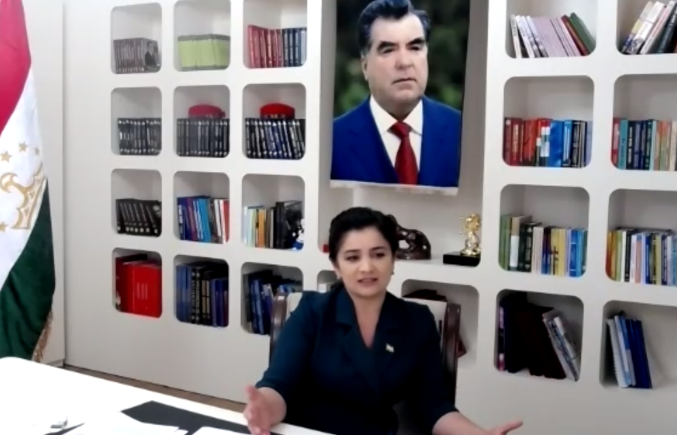 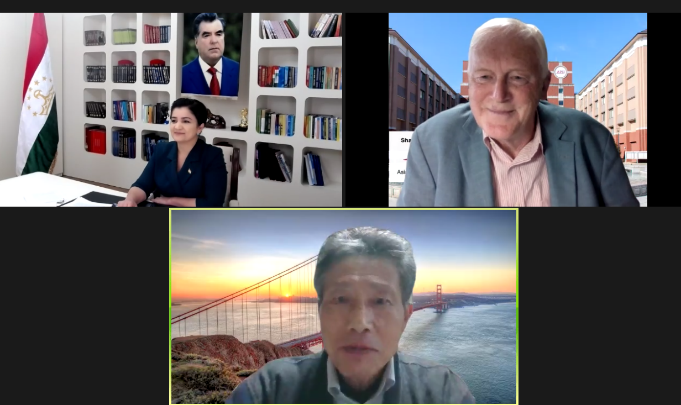 Dialogue Session with Minister Amonzoda, Emeritus Professor of Dr. Cooper and Professor Tsukada
Back to List
Back to Top