Meeting between President Yoshida and Mr. Komiljon Karimov, First Deputy Minister of the Ministry of Higher and Secondary Specialized Education of Uzbekistan

On September 29, Mr. YOSHIDA Kozo, President of JICE held a meeting with Mr. Komiljon Karimov, First Deputy Minister of the Ministry of Higher and Secondary Specialized Education of Uzbekistan, who was on a visit to Japan to attend Japan-Uzbekistan Student Forum 2022.

Mr. Karimov also stated that the JDS is a significant project for Uzbekistan to build the capacity of young administrative officials, and showed his expectations for their future contribution by utilizing knowledge they have learned in Japan to assume leadership positions and roles in various settings after returning to Uzbekistan. In addition, he stated that the country is focusing on technological innovation, thus advanced knowledge to develop scientific fields is necessary. Therefore, he added that the doctoral program that began in fiscal year 2017 would play a very important role. Finally, they exchanged positive views on future projects and mutually confirmed their intention to continue to promote human resource development in Uzbekistan and to strengthen their cooperative relationship.

JDS is a scholarship program for young administrative officials to study at Japanese graduate schools to learn methods for solving development issues specific to each country. For details, please refer to “Program Information: Support for Accepting International Students”. 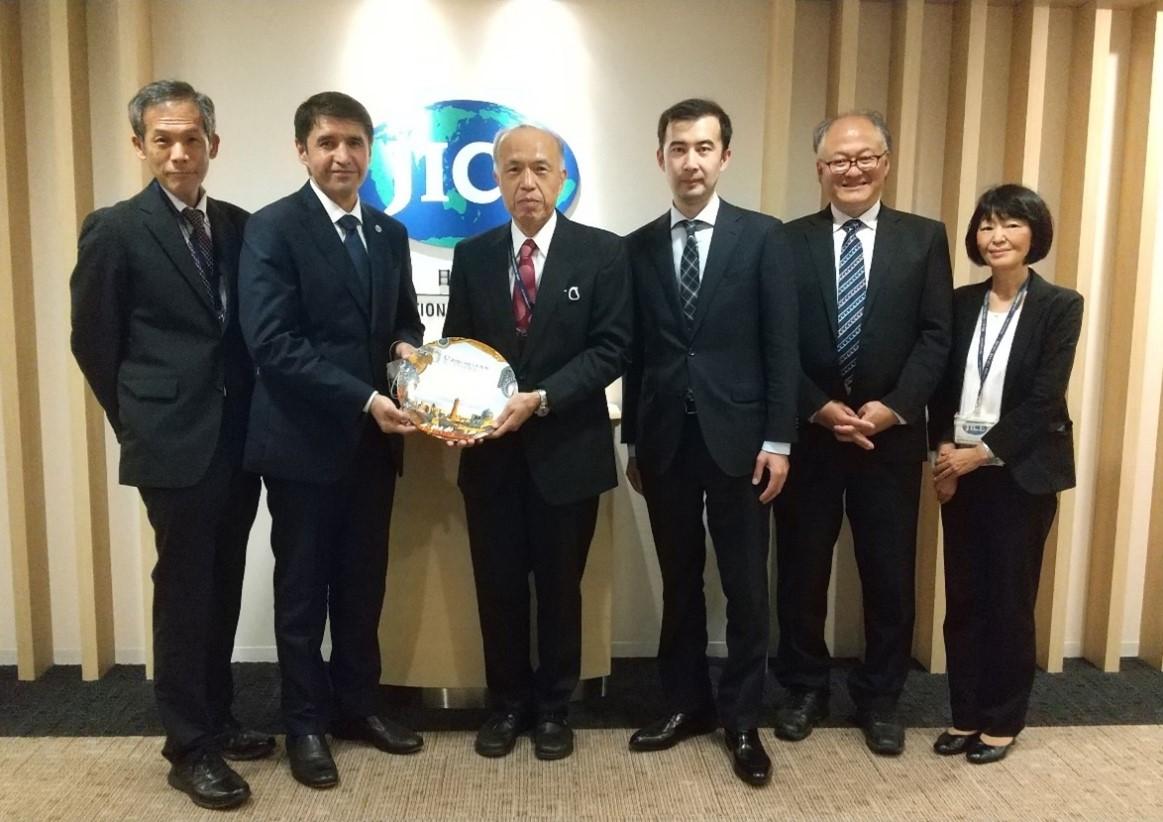