The cooking party has not only brought international students together but offered an opportunity to build human networks beyond the difference of nationalities and program categories as well as to develop a good relationship with the staff members of JICA and JICE who care them very much. JICE hopes that through such interaction international students will strengthen the bonds between among themselves and with Japanese.

JICE will be further committed to supporting the academic activities of international students and helping them enrich their life in Japan through providing cultural and social opportunities such as this one. 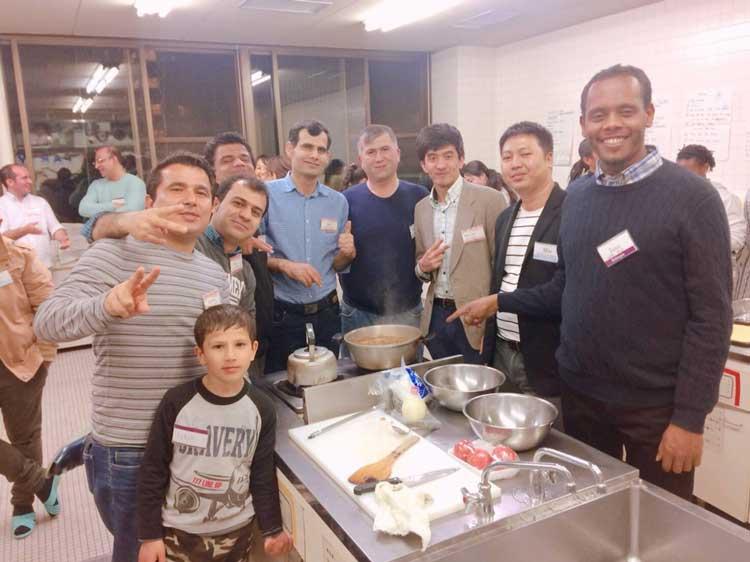 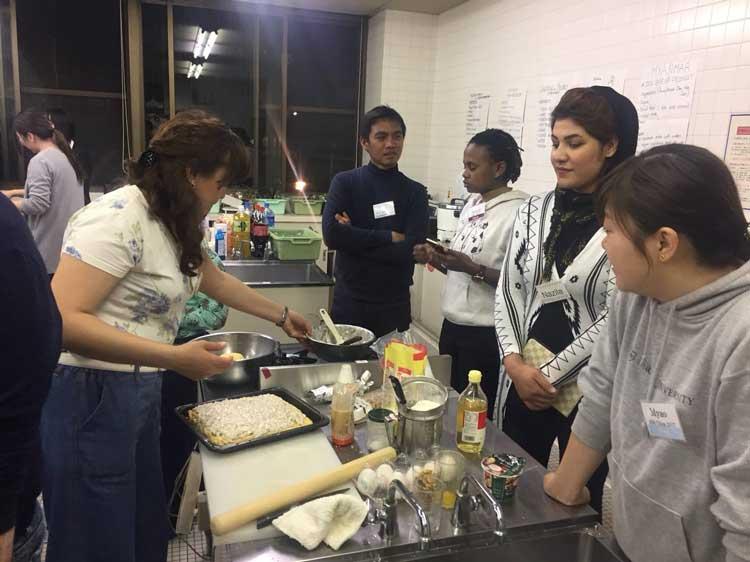 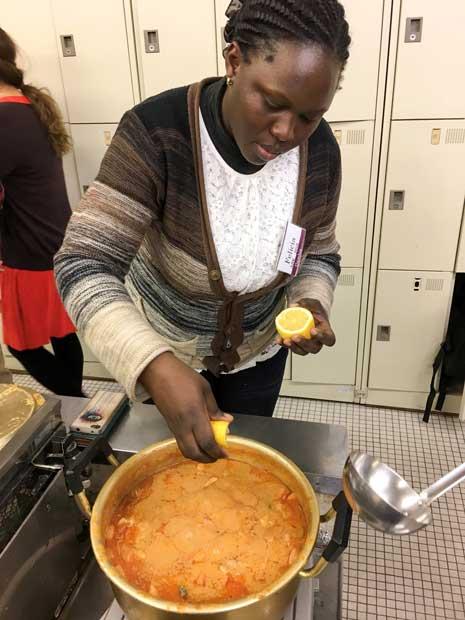 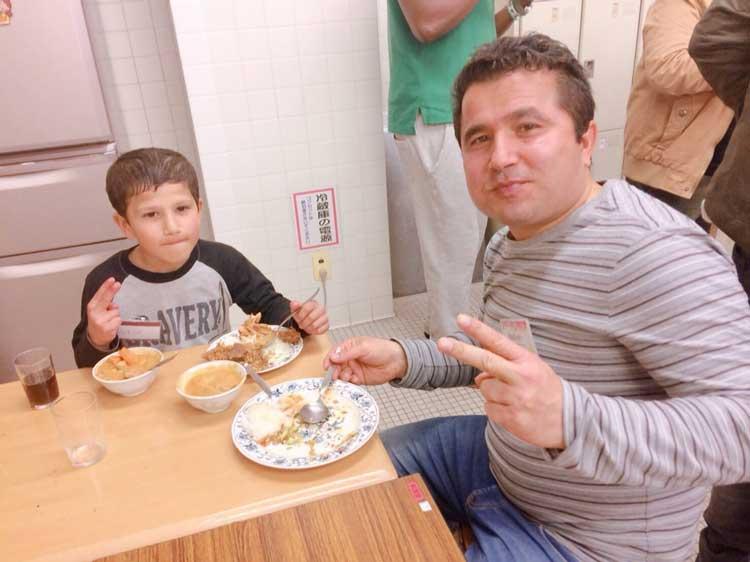 A PEACE participant eating with his son 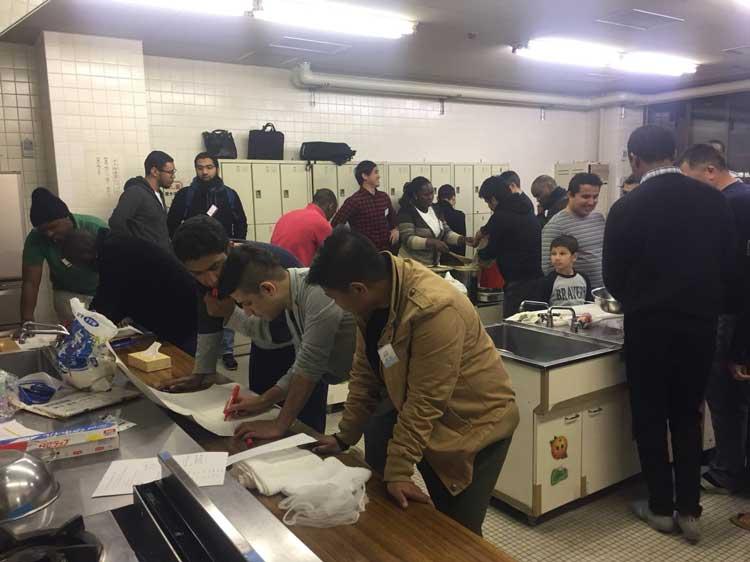 Each team writing their recipe 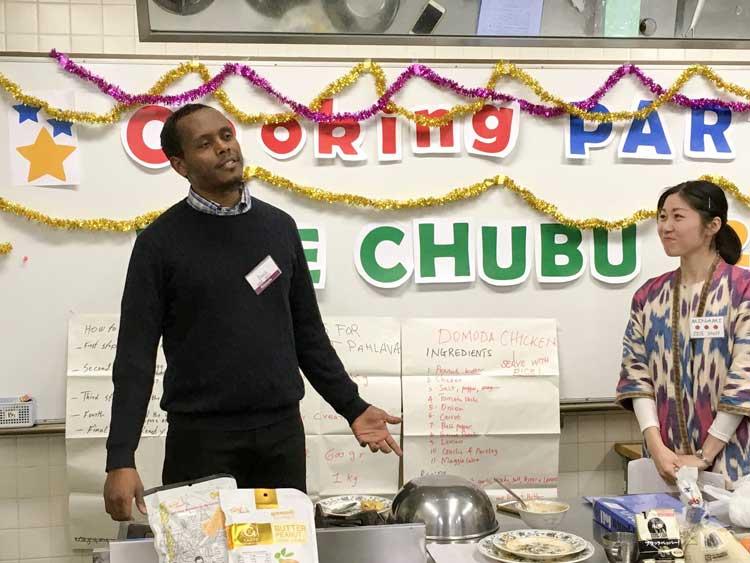 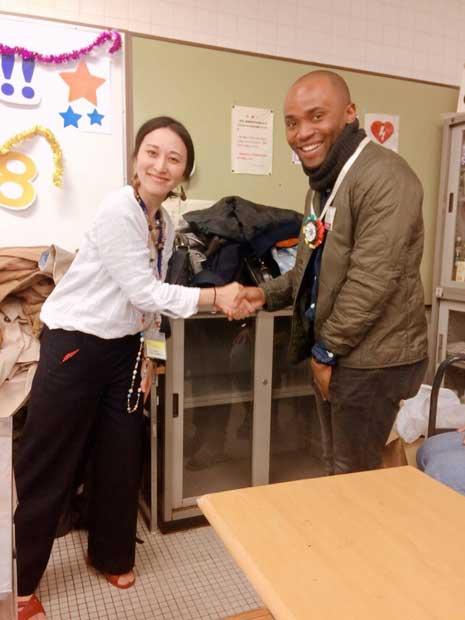 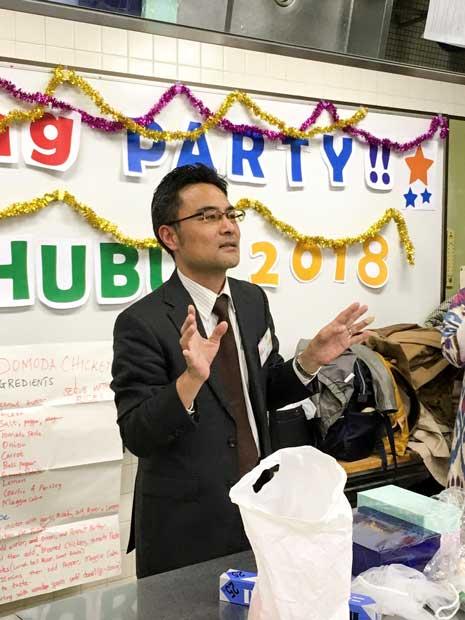 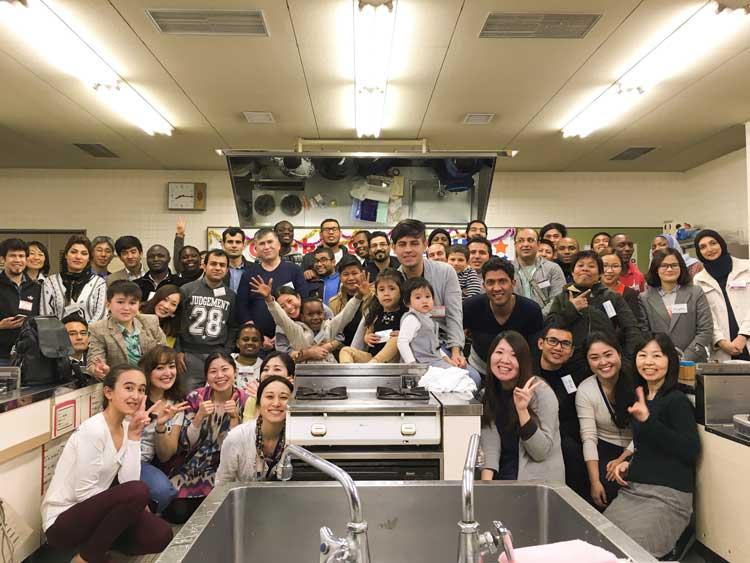 The international students from 16 countries, their families, their friends, JICA and JICE staff members; Around 50 participants enjoyed a joyful time together!
Back to List
Back to Top